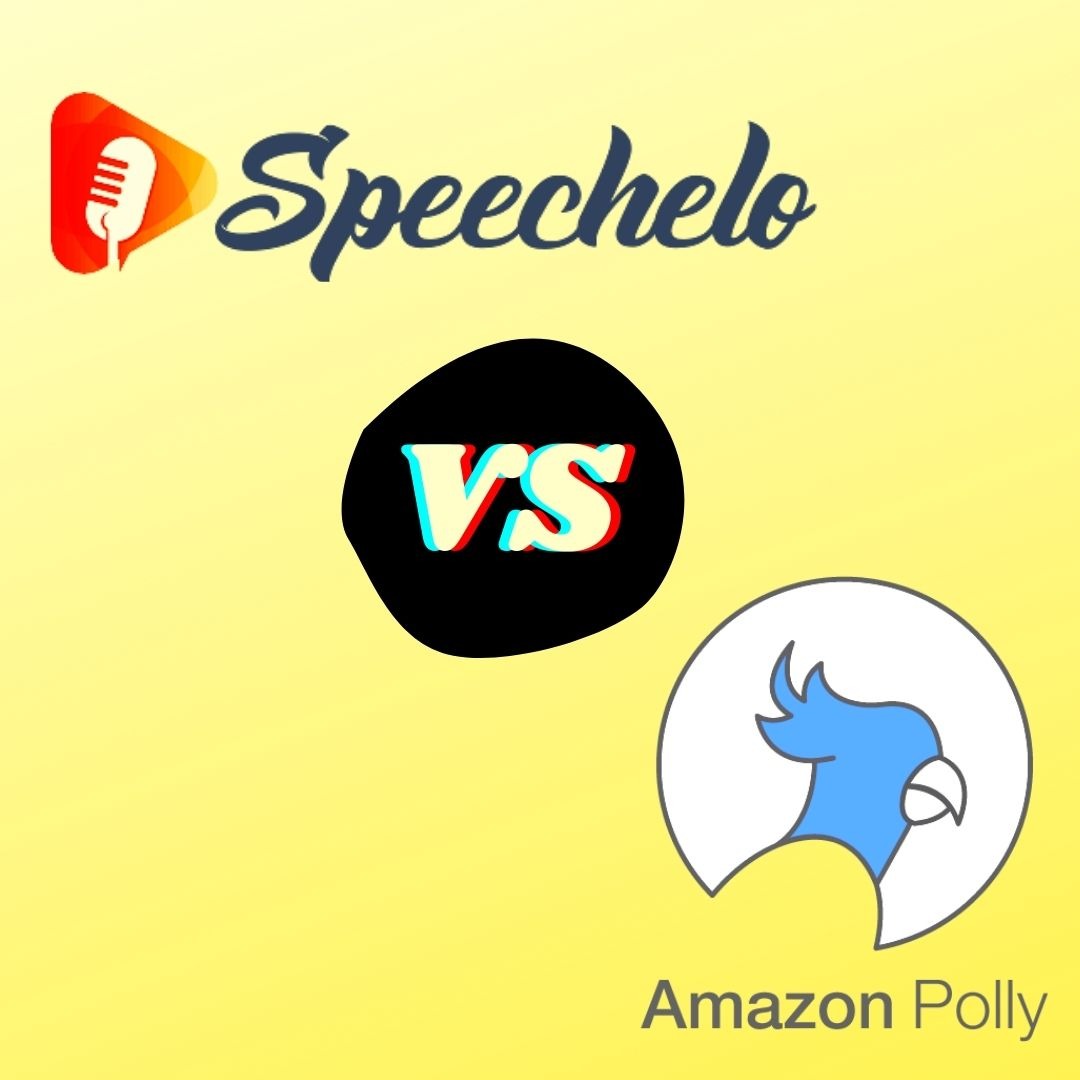 Are you confused between Speechelo and Amazon Polly? Want to find out which one is better between the two? Well, then you have reached the right spot! Now let’s get started with this impartial and genuine comparison of Amazon Polly and Speechelo.

Sectors of comparison that we will cover in everything that you need to know.

As we all know that both Speechelo and Amazon Polly are cloud-based software, and both of them work as a text to speech software. Then what makes them different from each other?

The fact that “Speechelo is allegedly reselling Amazon Polly” or in other words, they are using Amazon Polly at the backend. And making loads of money out of it! Want to know how? Then read carefully.

Amazon Polly has an extremely easy Application programming Interface – Now, you might be wondering what an easy API can do?

It allows you to quickly merge your speech into application. You only have to send a text that you want to convert into speech, and the easy API instantly returns the audio so that you can start streaming it at once. Whereas, Speechelo does not mention anything about an API. Let’s discuss more features in short:

Here is the list of languages that both software provide, to be clear, the following language list was taken from their respective websites.

Alternatives for Speechelo and Amazon Polly

The best alternative that comes to my mind is MicMonster. MicMonster is one of my favorite Speech-to-text websites with 48 languages, 300+ voices, and a whopping 384 kbps bit rate audio. With various voice styles like – General, cheerful, chat, empathetic, Narration-professional, Newscast-formal, Newscast-casual, Customer-service.

Want to Create dialogue audio, no worries inside advance editor you can assign a specific portion of the script to any voice.

AI technology Sometimes mispronounces invented words. With Pronunciation, you can control how to speak specific Words.

We could not find words that Micmosnter miss pronounced.  But we are still looking

Using the advance editor you can control pitch, volume & speed for a specific portion of the script.

Stress on words that are important to the context. You can draw graph to customize how much stress you want to put on words.

With all these features, you can produce Voiceovers like the following:

Now before we straightaway tell you which one we think is better, you should know a few things about both software.

But I will recommend Micmonster because we own it. Anyway, if you have any questions or query then let me know by the comment section.